Use the form above to find your loved one. You can search using the name of your loved one, or any family name for current or past services entrusted to our firm.

Click here to view all obituaries
Search Obituaries
Immediate Need
We are here to help you. If you have need of our services, please call us, day or night, at:
601-743-9186
To better prepare yourself, we have provided you with some helpful information regarding the immediate need process.
Contact Us / Location

Ordering flowers from our site ensures that your order will reach us or the family in a timely manner, and your gesture of support will remain acknowledged in the Book of Memories for future generations. We only work with local florists so we can maintain the sense of urgency and quality of your selections. We thank you for helping to support the family during their time of need, and will fondly remember your kind gesture.

Please enter the name and email details so that we can send your friend a link to the online tribute. No names or addresses will be collected by using this service.

To share your memory on the wall of Clyde Lewis, sign in using one of the following options:

Your condolence has been posted successfully

There may be a delay while processing. Please do not click the back button or refresh while a payment is processing.

Your donation has been processed successfully

A receipt has been emailed to the address provided. A receipt may also be printed.

An obituary is not available at this time for Clyde Lewis. We welcome you to provide your thoughts and memories on our Tribute Wall. To send flowers to the family or plant a tree in memory of Clyde Lewis, please visit our Heartfelt Sympathies Store.

Provide comfort for the family with a meaningful gesture of sympathy.

Show you care by sending Flowers

We encourage you to share your most beloved memories of Clyde here, so that the family and other loved ones can always see it. You can upload cherished photographs, or share your favorite stories, and can even comment on those shared by others.

To put it simple, Clyde Lewis was my best friend during my late teenage years in Meridian, Mississippi. I made a few great friends in Meridian, but Clyde Lewis was my main man. If you got to know him, he had a heart of gold. Sometimes, his rough exterior made people a little anxious about him. Clyde was a big man, not in height but in mass. People, who did not know him, were not sure if he was going to hug you or knock you out. Clyde was tough. When I first met Clyde I had my concerns about him, but soon afterwards he became a very close friend to me and my family. Later in life once we found each other again, it was like no time had passed. We was still the best of friends. I loved my friend, Clyde Lewis.
Once you got past his rugged exterior and his very brash language, as stated above he had a heart of gold. First and foremost, Clyde was the type that he was not going to be bully or push him around. If anyone was going to do the pushing, he was going to do it. Underneath, he was a person, if you became his friend and he felt he can trust you. He will be your friend for life. Later, after I left to go to the Navy, Clyde continued to check on my sisters and mom to make sure everything was alright. My mom and sisters loved Clyde.
During that time in Meridian, we would go play pool, check out movies, lift weights, go swimming at Highland Park and hang out at the Big Nickel Disco located in downtown Meridian. Clyde helped me get my first Job in Meridian, laying bricks for a new building located by the old Village Fair Mall. We both didn’t last long. That was hard work. We laugh so hard on our last day, getting that last check. We spent the money on potato chips, cookies, and soft drinks. I guess that what 17 years olds did back in the day. Some of the best times were listening to music like Earth, Wind and Fire, LTD, Rick James, and Maze. Sometimes we would get people to buys us liquor and after drinking and listening to music, all of a sudden we became philosophical. Like at 17-18 years old, we knew want we was talking about.
Yeah, right.
Finally, at one time Clyde and I attended a church revival being held at Harris High School Football field, we both asked God to come into our lives. It lasted for a while, but sometimes 17-18 years olds, just wanted to be cool. I believe this led us on the path to rely on God later in life.
Clyde rough and tough shell got us in trouble, once or twice. Our friendship had sides, I had the calmed and thinking side (sometimes) and Clyde was the rough and tough side. I could sometimes talk Clyde out of situations and sometimes he could talk me into all kind of mischief. Some of the mischief we got into was like egging cars on 8th street, turning over Porta-Potties with or without people in them. There were two situations we did and till this day made us both laugh so hard
One Halloween, we got someone to buy us some alcohol. During our drinking we came up with an idea to scare people. There was a cemetery next to Harris High School that had a long dark walkway into Frank-berry Courts where we both lived. I got some of my mother bedsheets and Clyde had a tape recorder. We decided to put the sheets up on sticks in the cemetery by the walkway. What was great that night it was windy, and it added to the ghostly movements of the sheets. We recorded ghost sounds on the tape recorder and placed it next to the sheets. . We sat on his front porch drinking our liquor and all of a sudden people were running thru the walkway sacred to death. One person yelled out: “Did you see that!” We laugh so hard all night.
The other situation was the night of the Redmen Chewing Tobacco event. Clyde talked into chewing the tobacco. Finally, he said we could get high if we swallowing the juice. We did. I got so drunk and high, I had to sleep on his mom’s coach that night. My mom came down in the morning and saw her 17 year old son out cold. She told Mrs. Lewis, Clyde’s mother, to send me home when I get up. When I finally got home with a headache, everything I ate and drink for the next couple of days tasted like Redmen Chewing Tobacco. YUK!
Finally in closing, I am going to miss my lifelong friend since I was a teenager. I love you Clyde Lewis. 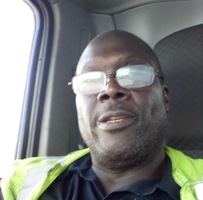 Connect with families at their time of loss.

By subscribing to email updates, you will receive two daily updates containing all new stories, photos, condolences, and more. You will also receive a one-time email, one week prior to the anniversary of death. The email will only serve as a reminder should you choose to connect with the family at what will no doubt be a difficult time.

Please select your relationship to the deceased and add your email address before submitting.

The following fields are required.

You have successfully been subscribed to email updates.

You should begin receiving updates within 12 hours. There will be instructions in the e-mail should you wish to unsubscribe, change your e-mail address, or otherwise configure your experience.